This book has a nice fancy cover.  The image above looks great, but the actual hard copy looks a lot more like a mixture between the two.  It still looks cool, but is pretty slippery, making the issue a little harder to hold.  Nick Bradshaw and Brad Anderson did the work on this one, and both images on the lenticular cover look good, but it leaves me thinking that maybe they’d have been better off doing two runs with each cover being a variant?

Viktor Bogdanovic handles the art in this issue, and I have to say that I really liked it.  It looks really clean, and has a very optimistic feel.  It doesn’t go all out for gritty realism, because, well, it’s a Superman book.  It’s supposed to be clean and hopeful and optimistic.  The art in this book is really just a good fit for the story.  It’s the best part of this book! 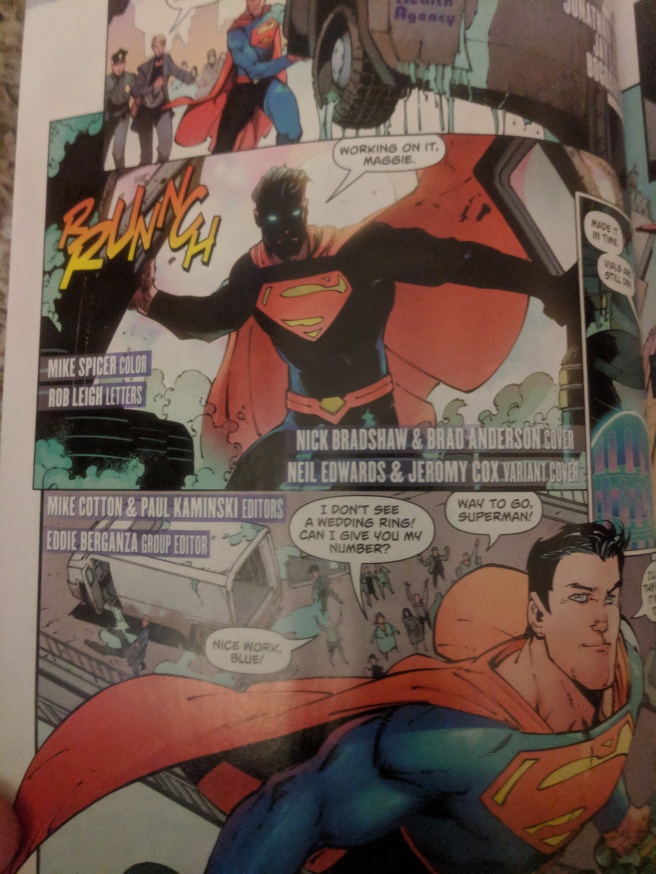 Dan Jurgens pens the story here, where the big reveal of who Mr. Oz is finally takes place.  Given The Watchmen tie in throughout Rebirth, one would think that we were going to see Ozymandias, and they do a decent job of building towards the reveal.  The story builds around Superman trying to deal with more and more events of chaos and violence across the globe, with the events coming faster and faster, to the point Superman is unable to prevent the last atrocity.  It’s at this point that Mr. Oz makes his big reveal, taking Superman to the Fortress of Solitude and revealing himself to be an individual from Superman’s past, not a previous Watchmen character.  We find that Mr. Oz is in fact, Jor-El, snatched from certain death by a mysterious blue light.  He made his way to Earth and soon judges humanity as unworthy of his son, and this is the point the issue ends on. 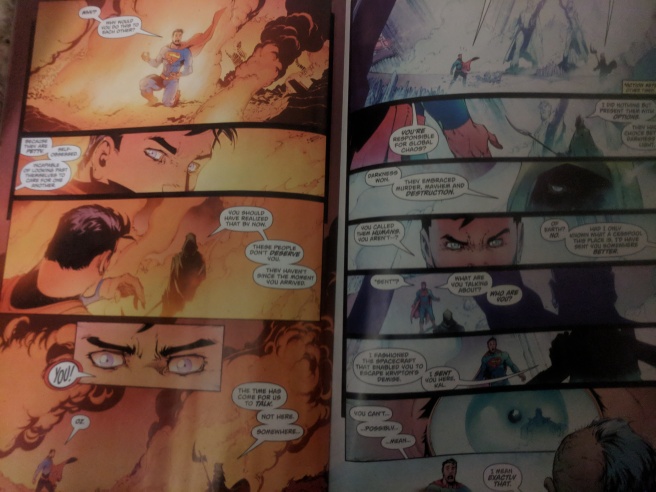 In all this is a decent issue, though the cover is a bit much, but then I’ve never been a fan of lenticular covers.  Sure, I like ’em shiny, but shifting images are a little too much.  However, the story and art do make up for it.  It’s a good read, and a solid start to what will hopefully be a decent arc.