I spent most of the day on the highway driving home after visiting family after the Easter weekend, and on the drive we were looking for a place to stop and give the kids a break from the car.  We usually go to the mall, but were looking for something a little more interactive.

We dropped in and after getting the kids a quick bathroom break, we took in the gallery.  It touches on a little of everything, pre-history, natural history, regional history, and some of the dominant industries in the area.

One thing that is impossible to ignore is the fossil that greets you when you first turn into the gallery.  It is probably the second most impressive specimen available for viewing in Saskatchewan(next to the T-Rex in Eastend), a Tylosaurus.  It is well displayed, and has the most interpretive material out of all the other exhibits in the gallery. 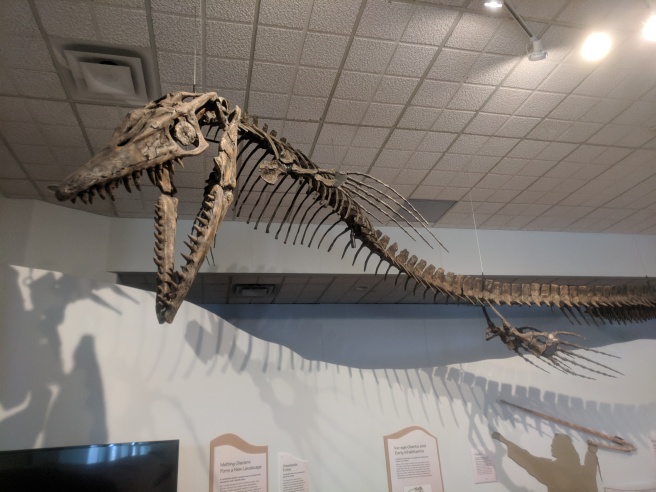 Next up is a collection of the wildlife found in the area, as well as a small display to the First Nations people who call the southwest home.  The various specimens look good, but there isn’t a lot of interpretation included. 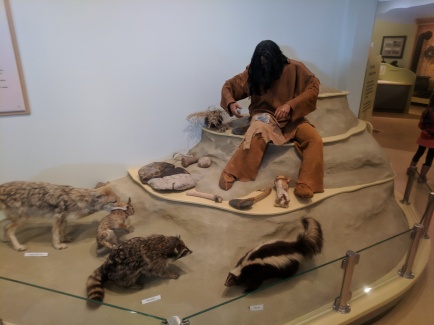 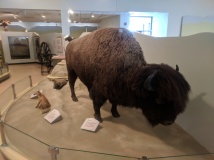 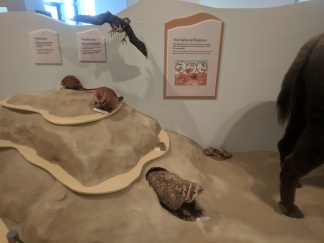 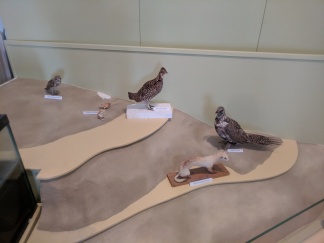 The museum next gets into the early settlers to the region, with a small exhibit on sod houses and what life was like for early European settlers on the prairie. 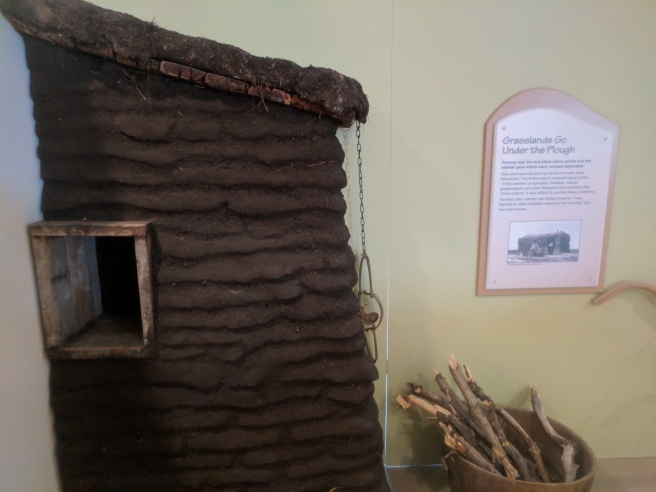 The museum next moves into a section on the modern industries that drive the economy of the area, and also has a nice gift shop which includes the wares of some area artisans.

If you’re looking for a break on the #1 highway in western Saskatchewan, this is a great place to take a break from the monotony of the road.