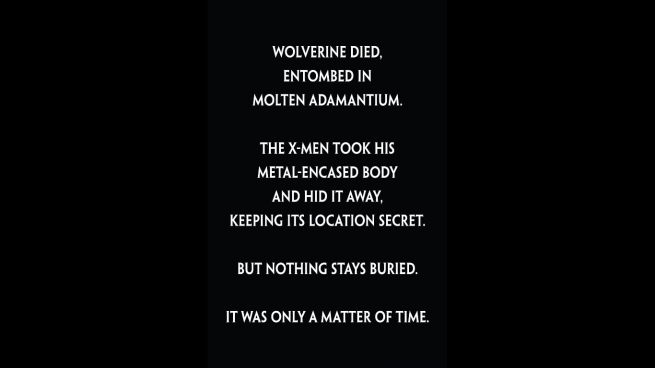 This issue kicks off the “Hunt for Wolverine” event this summer.  Wolverine has recently resurfaced in the Marvel Universe carrying one of the Infinity Stones, and this book kicks off the X-men’s search for their fallen comrade.

The cover features the head of the adamantium statue that Wolverine became during the ‘Death of Wolverine’ series, with the metal being uncoiled, with a dangerous and feral looking Wolverine inside.  The metal of the statue looks great, and Wolverine himself is looking especially dangerous.  Even the title lettering of the book is done in a style that enhances the book.  The letters are broken, seemingly by gunshots.  All told it’s an eye-catching cover. 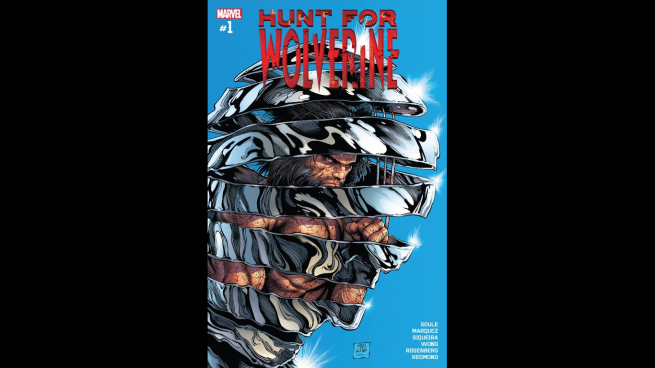 This book looks great.  The art strongly supports the story, with styles and colouring changing slightly based on the characters appearing in varying panels.  The Reavers appear darker and grittier, and the X-men appear cleaner and more heroic.  I enjoy that the art has variations as the tone of the book changes.  It supports the story in a very effective manner, and makes the characters look that much better. 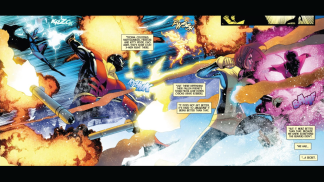 The story begins with the Reavers approaching the location the X-men had left Wolverine’s adamantium covered body.  They are seeking to acquire not only the metal, but the treasure trove of DNA hidden within it.  The X-men quickly make an appearance, and quickly take the Reavers apart, but not before they manage to blow the statue open.  At this point we, and the Reavers discover that Wolverine’s body is nowhere to be found.

It seems that Shadowcat had phased Wolverine’s body out of the statue to allow for a proper burial.  The flashback scenes are truly well done, showing various characters mourning the loss of their friend and comrade.  After the Reavers are defeated, the story focuses on the search beginning, as Daredevil, Iron Man, and on the side of the Reavers, Lady Deathstrike, all begin to form teams to search for Logan.  In and amongst this we get to see a very much alive Wolverine, dressed in black, unsheathing and sheathing his claws. 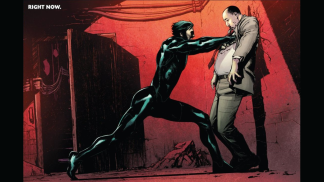 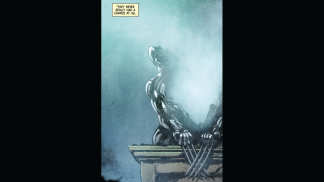 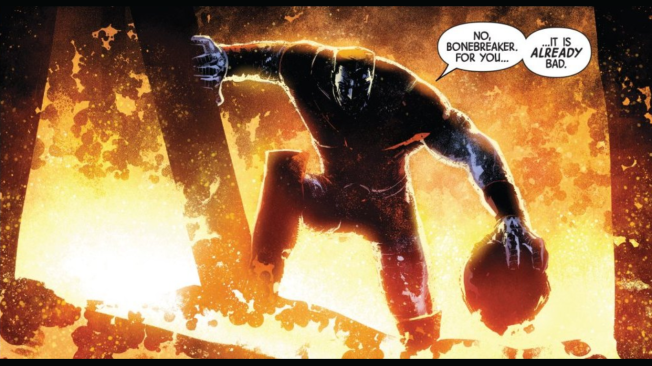 For the first issue in this event, it gets off to a great start.  It’s well paced, and every component of the book comes together nicely.  If you can find a copy, I recommend it.

3 thoughts on “Hunt For Wolverine”