Enter now the Age of X-Man!  This series is the first in the Age of X-Man event focusing on the students of the Summers Institute, and in particular the character of Glob Herman. 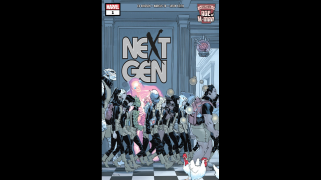 The cover is done by Chris Bachalo, and features several mutant students(including Maggott! Remember him?), as they make their way from class to class.  The only one that appears out-of-place is Glob.  His body language, and colouring make him stand out from the rest of the students.  Bachalo’s involvement is a throwback to the Age of Apocalypse, as he did the covers and art for the Generation Next series.  It’s a good cover, and with Glob sticking out like he does, is eye-catching enough to get a casual reader to pick it up!

Marcus To and Jason Keith handle the art and colours respectively.  It’s a good-looking book.  It’s well coloured and detailed, which is almost a requirement having Glob as the main character.  I enjoyed the look of the school, which on the surface looks like a private school, but has an underlying feeling of authoritarianism.  A few scenes really stood out in this book, first off Glob’s chicken’s on the first page.  They detail and colour in them is great.  Next is the arrival of the X-Men on the scene of the fire.  They appear as saviors, but are cold and distant.  A hint that something isn’t right.  Finally, the final scene between Glob and Armor.  I won’t spoil it here, but it looks great! 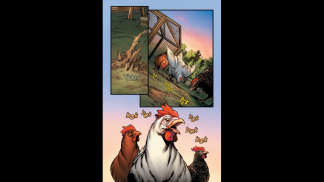 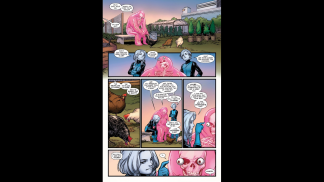 Written by Ed Brisson, this story begins with Glob feeling his chickens, while being bullied by the French twins from Extermination.  Armor arrives and chases them off, and her and Glob join the other members of their team for breakfast.  The issue then follows them through their day, and it starts to become clear that either Glob is a terrible student, or he has his memories of the pre-disassembled timeline. 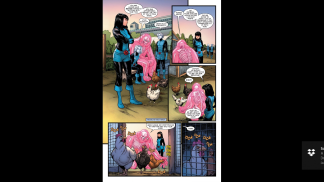 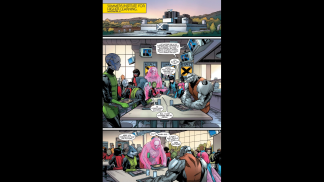 As the team is preparing to study, they notice a house on fire and take off to help/watch.  They discover Blob detaining Bling and threatening another mindwipe.  Armor then walks around the corner to see Anole about to flee the scene.  Anole parts with a warning that everything is a lie.  Next, the X-Men arrive and the day is saved.

The issue ends with Armor and Glob having a confrontation, where it is clear that Glob knows something and is perhaps going to wake up Armor?